As the Super Claud is approaching the finish line, I still have no idea which kind of headlamps I need.
Can you help? I will fit a battery box between the frames in front of the smokebox saddle. There´s plenty of space. During my research on the web I found several different versions of a headlamp code. Which one do I use? The same problem applies to my LBSC Minx. Which type of lamps is the right one for that loco? 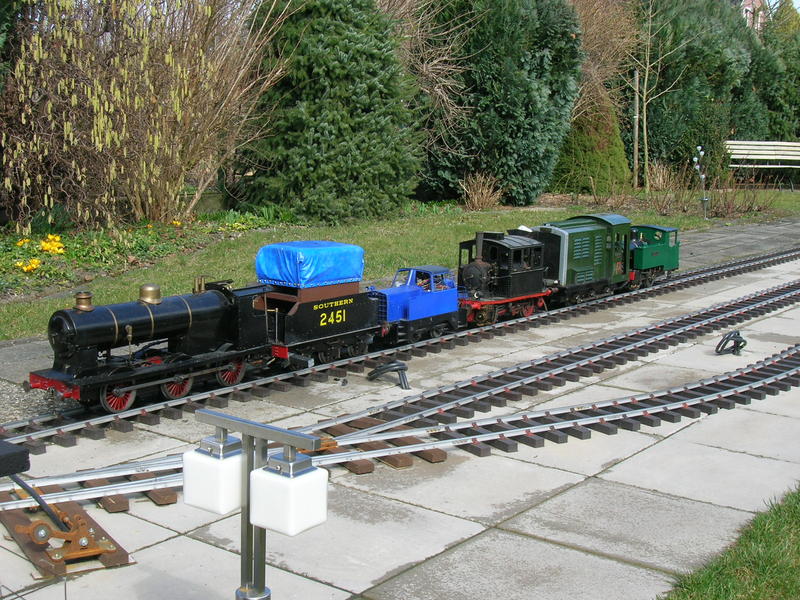 In both cases you could use headcode discs in place of lamps until you have time to make/source the correct lamps as both the Great Eastern and Southern used discs in daylight. I have recently made some for my B2 of the slightly later LNER style, I'll post a photo later in the week when I have more time.

Can anyone give me a sketch/dimensions of the necessary lamp irons for the Claud?
Did any Claud carry headboards?
How are these mounted?

The Minx being Southern should have discs by day and lamps at night however this was to the Southern (and BR(S) system of Route identification NOT what type of train was on behind the loco.

I did an article in Turnout that might help.

I think its been discussed before here on the forum somewhere but you are aware that no Super Claud was painted blue ? - nice colour that it was
Top

thanks for the info. I do not have any Turnout older than 2011. Of course I know that no Super Claud was blue but I have seen several models of blue Super Clauds (last one at antiquesteam.co.uk) and I liked the colour. The Claud Hamilton was blue, so my version is a kind of "what if one Claud had made it into preservation".


The loco is about finished........i thought, but last Saturday at Klein Vollbüttel it did not move for a single inch. I guess one of the slide valves has come loose. Last time it ran flawlessly for a whole day.

Return to “The Workshop”